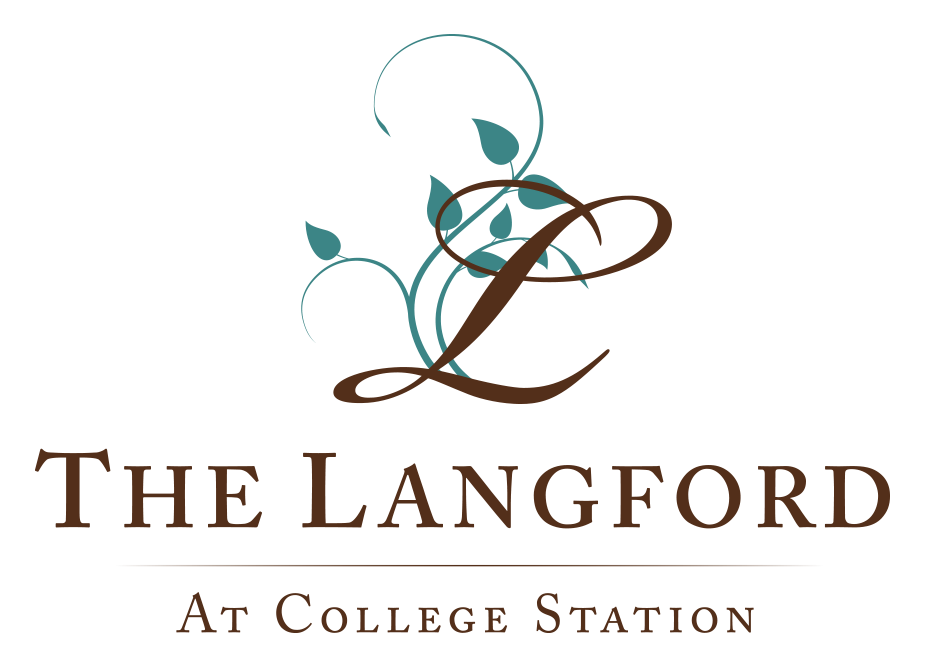 ABOUTOUR TEAMGivingREsourcesReviews
The Langford
▸
ABOUT
▸
OUR TEAM

A storied legacy of senior service. 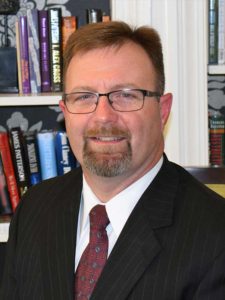 Matthew is a native Texan from Franklin, who graduated from the United States Military Academy in 1992 with a Bachelor of Science in business administration. Matthew served our country faithfully as a field artillery officer in the U.S. Army.

Matthew found his calling for serving seniors in 2000 as a part-time employee at MRC Crestview and was later named Executive Director in 2007. After a long and successful career serving in this capacity, Matthew accepted the role of Regional Vice President in 2018. He oversees operations at MRC Crestview, MRC Mirador and MRC The Langford. Matthew’s motto is: “It’s all about customer service.” 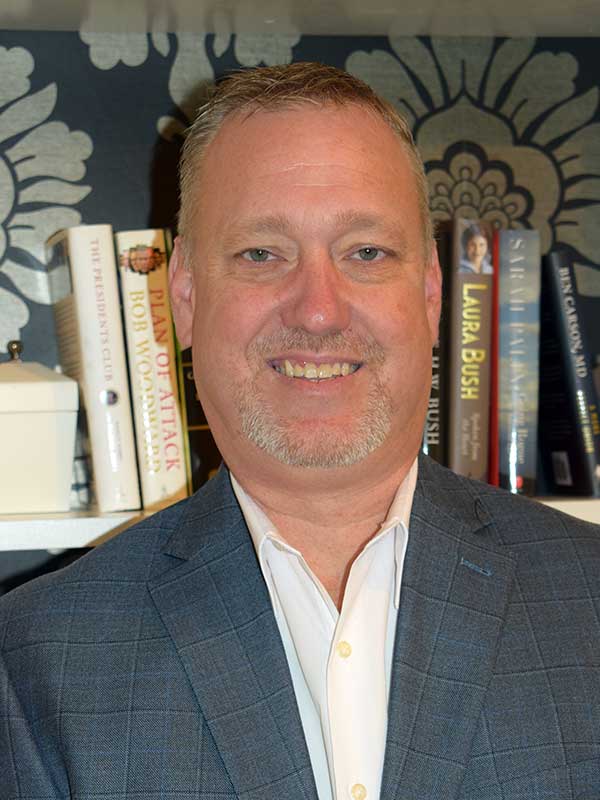 Mike oversees health care administration for The Langford and its sister community in Bryan, Crestview. He joined Crestview in 1994 as the activity director. In 2003, he received his Administrator’s License and was promoted to admissions director. In 2004, he was promoted to administrator. Prior to joining Crestview, Mike worked with cerebral palsy patients providing rehabilitative therapy at the C.P. Rehab Center in Beaumont, Texas. Mr. Adams graduated from Lamar University in Beaumont, Texas with a Bachelor of Science in Kinesiology, and received his Certified Aging Services Professional certification in 2012 from the University of North Texas. Today, Mike also serves as healthcare administrator at The Langford. 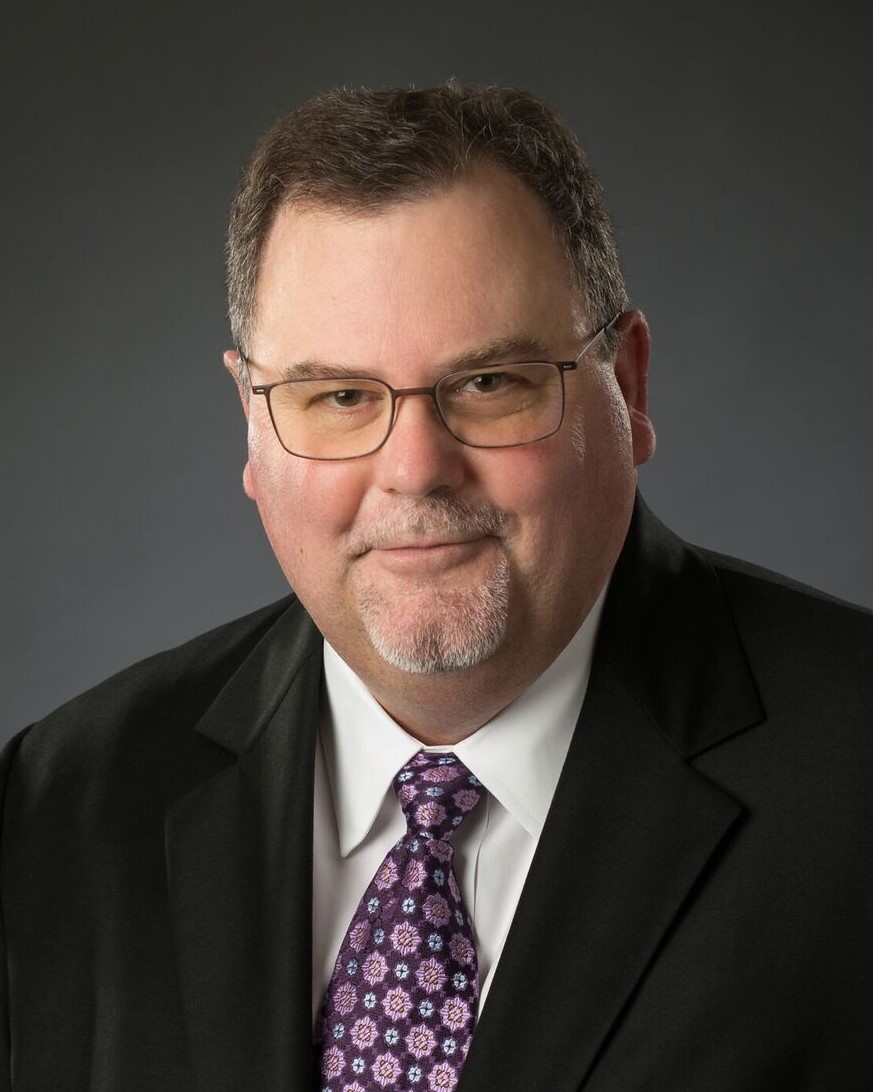 Karl is proud to be among the “Fightin’ Aggie” alumni, and in fact holds two degrees from Texas A&M University: one in business management and the other in management information systems. He brings 30 years of experience in human resources to The Langford. In his role, he works to ensure that we hire, retain and engage the best staff possible. Karl is highly committed to training The Langford’s leadership team to be effective in guiding their staffs, so they can provide the best service and hospitality to residents.

For Karl, MRC has been part of his family life before he joined our team. His parents were among the first residents of the redeveloped Arbor Oaks at Crestview in 2013. 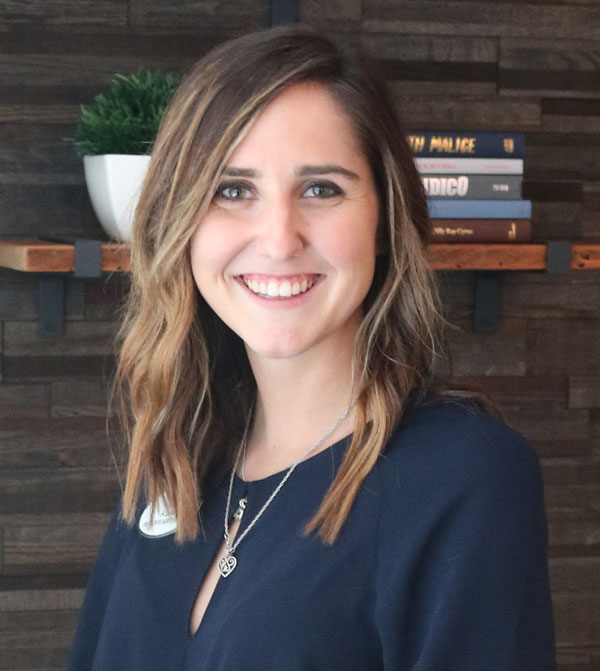 Kara Bayer joined MRC in 2018 but is not new to senior living. She is a licensed Nursing Home Administrator and oversees the health care and wellness needs of The Langford’s Four Seasons Assisted Living Community and Riverbend Memory Support Community. She earned her Bachelor of Science from Sam Houston State University. When Kara is not with her residents, she enjoys spending time with her friends and family, and her dog. 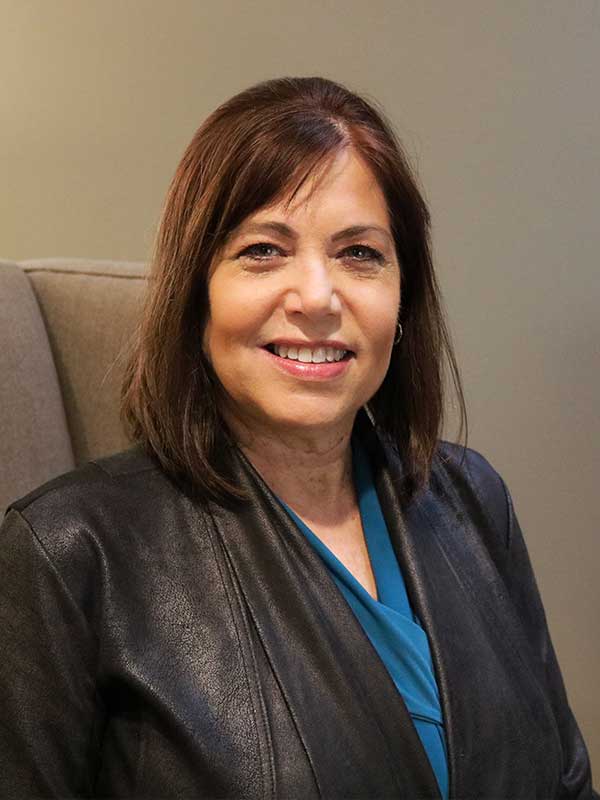 Kathy DeLeon joined MRC in 2010 as Director of Sales for MRC Arbor Oaks at Crestview in Bryan, Texas, a Life Care community. She contributed to the presales effort during the start-up phase of this rebuilding project and also served as the Personalization Coordinator, assisting future residents in tailoring living spaces to fit their personal tastes and needs. Upon the opening of Arbor Oaks, Kathy served as the Move-in Coordinator before transferring to the health center side of Crestview. Kathy successfully fulfilled the responsibilities of Director of Sales and Admissions for Crestview’s Assisted Living, Memory Care and Skilled Nursing for two years. In 2015, she was tapped to help begin the development of a new sister community in College Station, The Langford.  Kathy faithfully serves The Langford as the Sales Director. Prior to working with MRC, Kathy was a successful licensed real estate agent in Minneapolis, Minnesota. 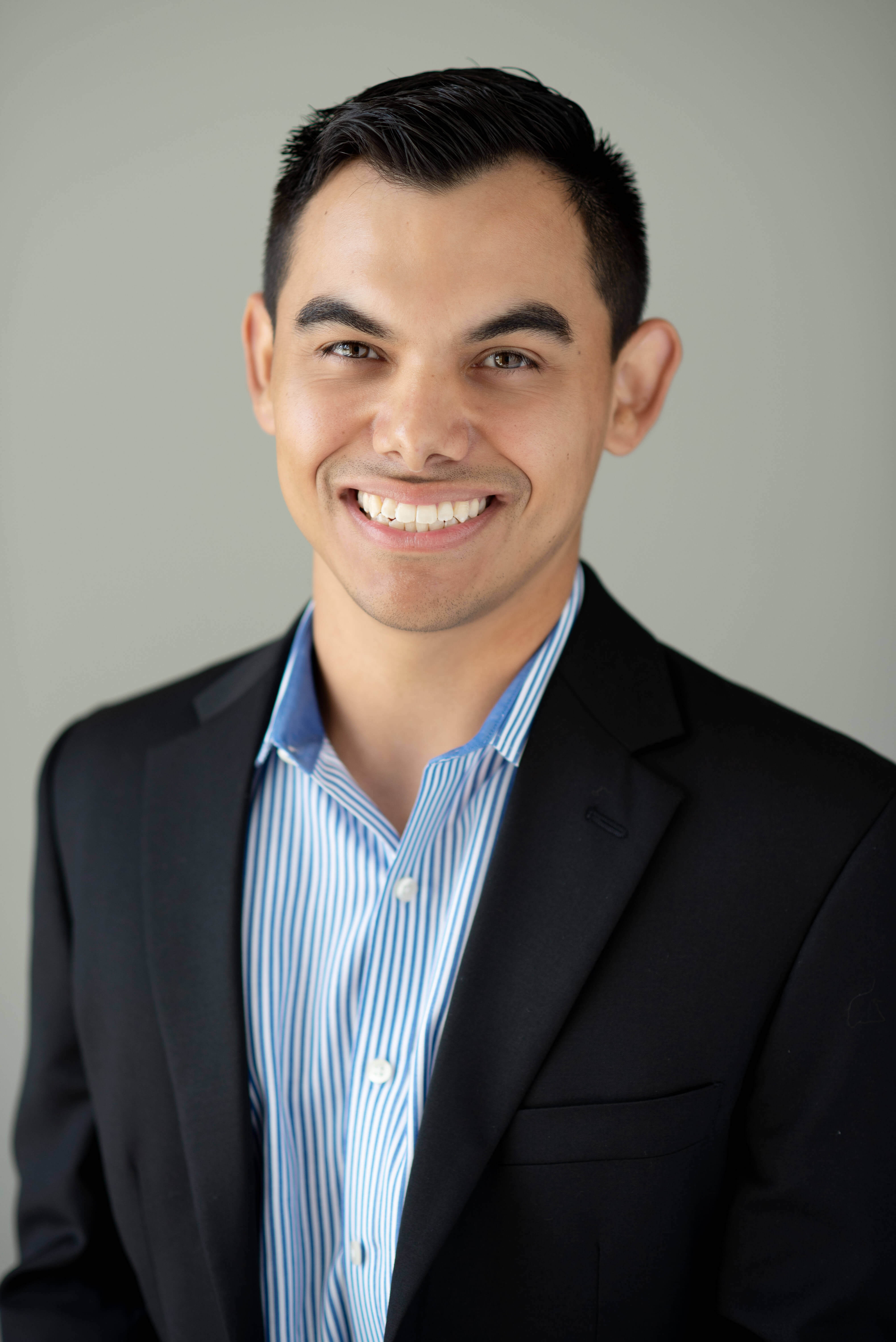 Alec joined MRC in 2019 as our Sales Counselor. Prior to joining MRC, he worked as the marketing coordinator for an in-home care agency. Alec completed his Bachelor of Science in Public Health from the University of Arizona and his Master’s degree in Health Administration from Texas A&M University. During his graduate studies, he worked as a physical therapy technician at an acute care hospital where he delivered hands-on patient care. Alec has an innate passion for serving seniors in the community and connecting them with health services. In his free time, he likes to be outdoors, travel, and play tennis. 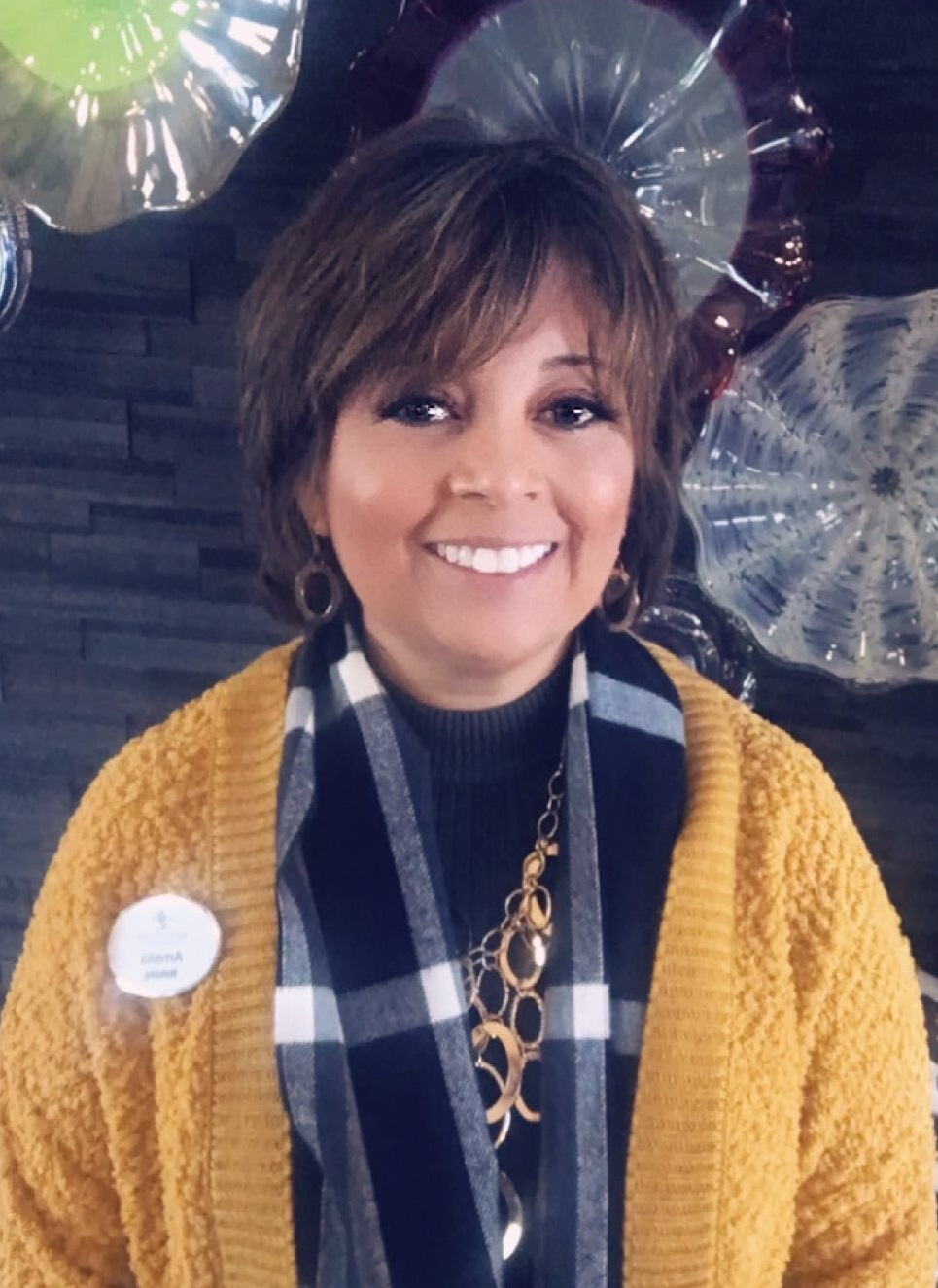 Amelia Garcia joined MRC in 2018 and has lived in the Bryan/College Station area nearly all of her life. Her late career resided in the dental field for 25 years and now she is a part of our marketing team to help us achieve a bright future. Amelia has a strong relationship with God and radiates His glory in every room. Amelia and her husband, Frank have been married 23 glorious years. Amelia is a mom to four daughters and one son. Along with the love she has for her children, Amelia is Nana to five beautiful grandbabies. In her spare time, Amelia loves to spend time with her family and church. 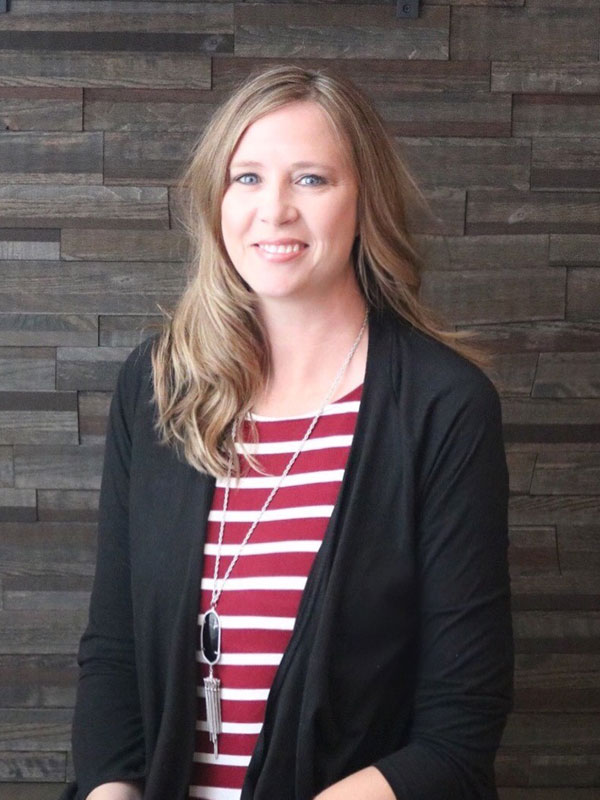 Stacey joined MRC in 2018 with 15 years’ experience in communications, marketing and business development. She is a proud Aggie (Whoop!) receiving her Bachelor of Science degree from Texas A&M University in 2000. Stacey believes in leading by example and is passionate about serving the needs of the staff and residents through her considerable administrative abilities. When Stacey isn’t managing or organizing the workflow of our administrative office, she can be found volunteering at the local schools or being her children’s biggest fan at their various sporting events. Stacey lives in College Station with her husband, Paul, and two children, Natalie and Nathan. 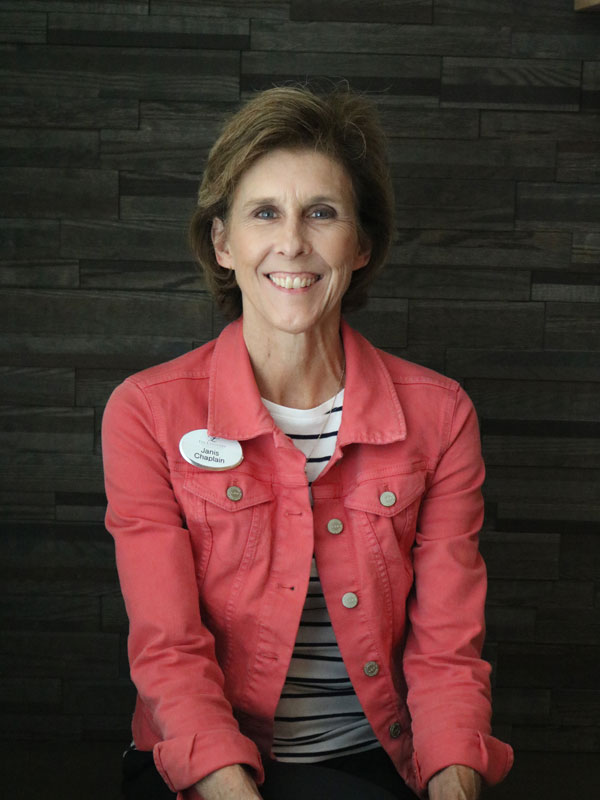 Janis joined MRC in 2018 as our chaplain. She and her husband, Steve, have been married for 37 years and decided to settle down in College Station for the empty-nest chapter of their lives. Janis’ three adult children, Sarah, Clint and Jessy, got married within 21 months of each other, so she is a planning pro after finishing the wedding whirlwind. Janis is looking forward to the blessing of her first grandchild in May 2019. When Janis is not visiting with residents, joining in hymn sings or leading Bible studies, she likes to travel, read, scrapbook and spend time with family – including her new family at The Langford!

Questions? Drop us a note, and we’ll promptly respond.