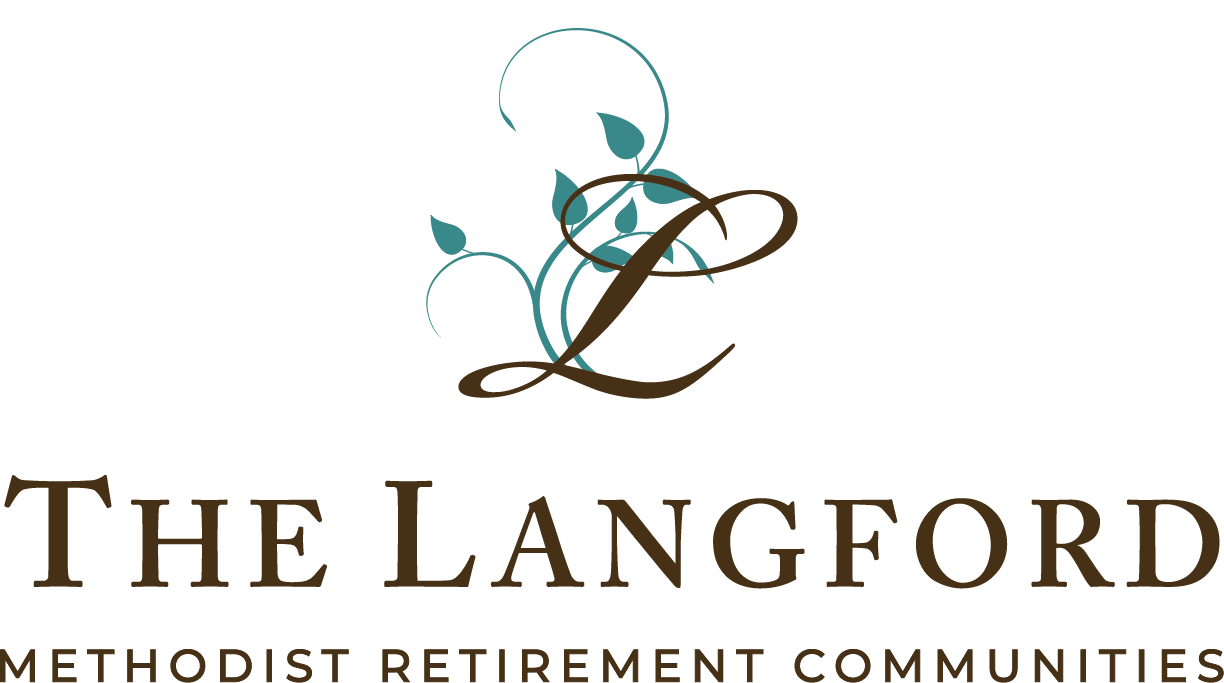 The Langford
▸
ABOUT
▸
Speaking from the Heart 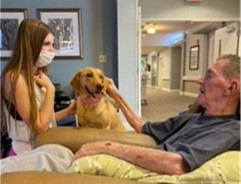 Speaking from the Heart

Millie was born the runt of her litter who had to be separated from the other puppies because she was failing to thrive. With a lot of love and some specialized training, life has come full circle for the yellow lab. Now fully grown and healthy, she helps others through pet therapy.

Millie has become a regular visitor at Riverbend Memory Support at The Langford in College Station. What might appear on the surface as simple pats and snuggles is actually a purposeful, therapeutic interaction that is awakening cognitive function, calming anxious feelings and improving overall emotional     well-being.

An article published by BMC Psychiatry recently shared the results from six studies, each utilizing pet therapy, to measure the impact on those living with memory loss. While the studies were each held in different countries, including Scandinavian countries, Italy and the United States, the control groups were similar with a focus on older adults ranging in age between 75 to 95 years old. All of the studies resulted in the same conclusion, pet therapy has an overwhelmingly positive impact on the elder’s well-being.

The team at The Langford would tell you that they didn’t need a study to convince them of the goodness Millie brings to their residents. Especially after witnessing a particularly touching visit where Millie spent time with Mel Lasell who had lost much of his ability to communicate. While Lasell maintained a few key phrases, his vocabulary had become extremely limited with very few moments where he seemed connected to the world around him. That was, until he met Millie.

To the amazement of The Langford team, as he sat with Millie, stroking her soft fur, he began to make eye contact with them and told detailed stories of his former pets and described the emotions that those pets elicited in his heart. Later, after Millie had departed, he began to communicate his needs to the staff in ways they had never seen before. He was curious about when supper would be ready and even selected what he wanted to eat that day.

Although the world is filled with incredible animals, Millie's handler, Holden McBerty, admits that there is just something extra special about Millie, “One of my favorite parts of volunteering in memory care is walking in and seeing everyone turn their heads and their faces instantly light up. It’s truly remarkable when some even remember her name, the residents all know they love Millie! Whether they remember her name or not, one thing remains the same, Millie’s love for them.”

While we care outwardly for the body, the spirit and mind are so deeply in need of stimulation and nurturing too. When a committed team of caregivers at The Langford partner with pets like Millie, those secret places of the mind and soul are unlocked and connection can be restored, even if only for a moment. Millie reminds us that even when the brain doesn’t function as it should, one can still speak from the heart.